2016 is a great year to take advantage of lower prices for travel in Scandinavia, Norway and Sweden specifically. The combination of low cost flights to Scandinavia with Norwegian Airlines and WOW Airlines over the past two years, combined with the more favorable exchange rate of the U.S. Dollar and British Pound to Norwegian Krone NOK and Swedish Krona SEK currency makes your travel budget go much farther. In real terms, your travel budget needed for six days in Norway in 2013 will now cover about ten days of ground travel expenses.

Denmark, Iceland, Norway and Sweden all call their currency krone or krona, however, each country has its own national currency and each country’s krone has a different exchange rate to the USD and GBP.

Norway and Sweden have seen a significant devaluation in their currencies relative to the USD and GBP. The USD is stronger against the Danish krone too, but not nearly to the extent the USD has gained value in Norway and Sweden. US Dollars are actually slightly weaker for Iceland travel in 2016 compared to 2013.

Firstly, I’ll give the currency exchange rate data showing how much Norway and Sweden exchange rates have dropped over the past three years in favor of the US Dollar USD, British Pound GBP and Euro. The data is followed by commentary on what this means to the U.S. traveler visiting Norway and Sweden in 2016.

US Dollars have exchanged for as much as 50% more NOK in the past two months compared to March 2013.

The prices in Norway are basically the same for most items with relatively low inflation rates around 2% in the country.

Denmark shows that the currency exchange rate has had a different impact on Scandinavia with Danish krone maintaining better value against the US Dollar.

I included Icelandic Krona ISS to USD below, simply due to cheap flights to Iceland now compared to three years ago.

Why 2016 is great year to visit Scandinavia

Norway’s North Sea oil-rich economy is in a slump with the fall in oil prices over the past year. As oil climbs, so will Norway’s Krone likely strengthen its currency exchange position. This is why the time to visit Norway and Sweden is now. A steep rise in oil prices could mean Norway resumes its position at top of the list for world’s most expensive countries to visit.

Behind lodging and transportation, food is the next biggest travel spend category for most travelers. Food in Scandinavia is expensive by U.S. standards.

I photographed an Indian food fine dining restaurant menu in Malmo, Sweden last September. Meals were 120 to 180 SEK for a chicken curry or chicken thali.

On my first visit to Norway in March 2013, Oslo was listed as the most expensive city in the world on many travel surveys. Oslo had a ‘Big Mac Quotient’ of $19.23 USD at 105 NOK as the price of a Big Mac sandwich in McDonald’s. Big Mac $19, glass of beer at bar $13, burrito at Oslo Mexican restaurant $29 were the cheapest prices I saw in Oslo. No wonder most Norwegians are thin and athletic. You can’t afford to get fat on fast-food around there. And exercise takes your mind off hunger.

I was inspired by an old Supertramp album title Crisis? What Crisis? to write about my Norwegian sticker shock experience Hunger in Oslo. Prices? What Prices! (March 13, 2013).

A few months ago we stayed at Radisson Blu Uppsala, Sweden and market groceries cost around $30 to $40 per day for two of us to buy vegies, bread, cheese, fish or chicken and some beer.

With hotels and most of my meals covered using 16,000 Choice Privileges points on average per night, my room cost averaged about $64 per night, based on the $4 per 1,000 points price I paid for 16,000 points through U.S. Travel Association Daily Getaways. Most of my money spent in Norway was transportation flying Oslo Torp TRF to Bergen BGO on Norwegian Airlines and train on Bergen Line to Oslo, airport train and bus tickets for connections.

Airfare to Scandinavia is the best bargain to Europe of 2015-16.

I have posted several great deals recently on Loyalty traveler for Scandinavia travel. 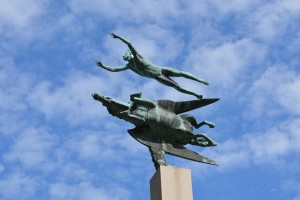 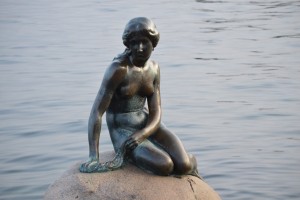 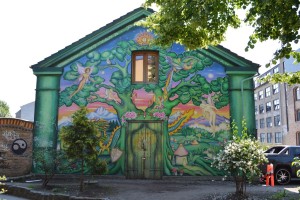 Climbing hills for a few days in Bergen was the highlight of my trip. While Norway is expensive, in top three countries worldwide for cost of living, the hotels I picked for stays provided most of the food I wanted to eat. I only needed $25 or about 150NOK for food and I spent about $275 for train and bus tickets and a plane ticket to travel OSL (airport) – Oslo Central-Larvik (southeast Norway)-Sandefjord TORP Airport – BGO Bergen (Norwegian Air) – Express Bus Bergen Center – Bergen Line to Oslo (bus/train) – OSL (airport).

There was no corporate or tourist board sponsorship for this trip. My objective was to find out what value Choice Privileges have in Norway. Answer: Terrific value. Sweden and Norway have about 170 Nordic Choice Hotels. The focus of my trip was checking out Nordic Choice Hotels with stays at six hotels and site visits at four other hotels in Oslo, Bergen and Larvik and also a visit to Clarion Collection Hotel Atlantic, a unique hotel/whaling museum in Sandefjord, 75 miles south from Oslo, Norway. Sandefjord, on the southeast coast of Norway, was the whaling capital of the world a century ago. 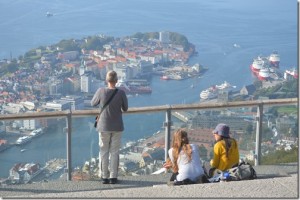